The Kaufman County Criminal District Attorney's Office is dedicated to seeking justice for the safety and well-being of our community.

As Dallas County's neighbor to the east, Kaufman County is one of the fastest-growing counties in Texas. Constantly faced with new and emerging issues, the District Attorney's Office strives to prosecute crime ethically and fairly while safeguarding our victims' rights. 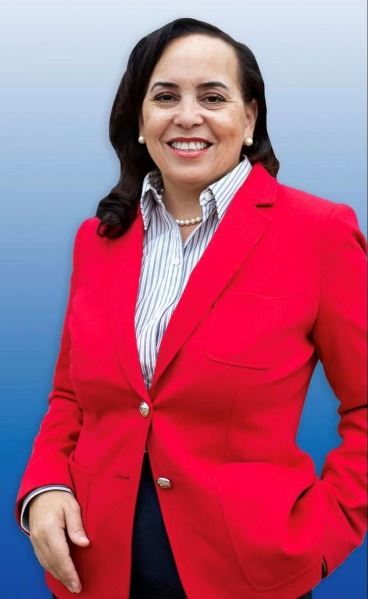 Erleigh N Wiley graduated from Kaufman High School. She attended college at Texas Tech University in Lubbock, Texas with a major in Finance. Attended law school at the University of Texas, School of Law in Austin, Texas and was admitted to the Texas Bar in 1989.

After graduation from law school, began work for the Dallas County District Attorney's Office. Supervisor of Child Protective Services (CPS)/Juvenile cases in the Dallas County family courts, managing fourteen courts. In 2002 elected as the County Court-at-Law Judge in Kaufman County, a court with general jurisdiction, presiding over family, civil, and criminal matters. She was appointed by Governor Perry as the District Attorney of Kaufman County in 2013.

What is a district attorney’s office?

It is the duty of the Criminal District Attorney’s Office to prosecute all felony and misdemeanor cases that are committed in Kaufman County. Our job is to see that justice is done. Our office handles cases submitted to us by a law enforcement agency. We handle the cases through trial and all appeal proceedings.

We do not represent any one individual. Instead, we represent the State of Texas and the citizens of Kaufman County.

How do I report a crime?

Any crime should always be reported to your local law enforcement agency. The Criminal District Attorney’s Office is not a direct referral agency.

What happens when a law enforcement agency files a case with the Criminal District Attorney’s Office?

Felony: If the case is charged as a felony, a felony prosecutor will review the case to determine if it should be accepted for prosecution. If the case is accepted, it will be presented to a grand jury for consideration. A witness may be required to testify before the grand jury. The grand jury will either return an indictment against the defendant or no-bill the case. If the case is indicted, the prosecution proceeds until there is a resolution of the case. A no-bill means there is not sufficient probable cause to move the case forward.

Misdemeanor: If the case is charged as a misdemeanor, the case is filed in a County Court at Law or Justice of the Peace Court. The prosecution proceeds until there is a resolution of the case.